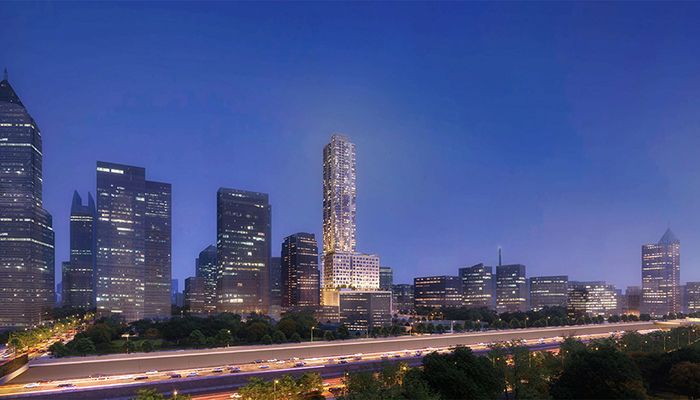 Midtown residents have expressed concern about the increase in traffic the new real estate development would cause. (Rendering courtesy of MidtownAtl.com)

Atlanta’s skyline could soon grow taller. The Rockefeller Group has proposed a 61-story building development at the corner of 12th Street and West Peachtree Street, currently the site of a U.S. Post Office branch location. The Midtown development would include offices, retail space and apartments.

Anticipated to stand at 733 feet, 10 feet taller than Downtown Atlanta’s Westin Peachtree Plaza, it would be the tallest building built in Atlanta since the early 1990s and become the city’s fifth-tallest building overall.

The Midtown Development Review Committee is currently evaluating the proposal, which will still require approval from the city.

Does back-to-school mean time to sell?