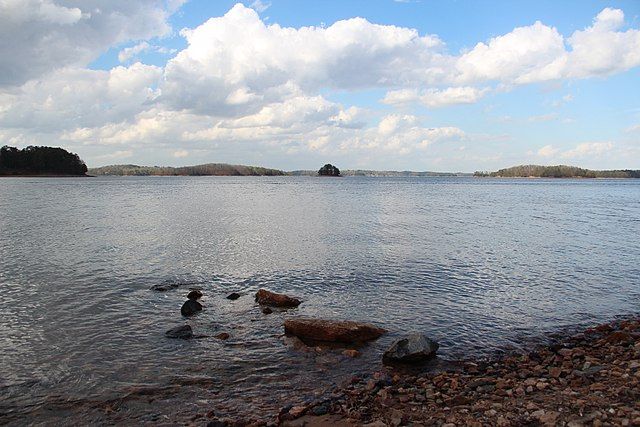 Lake Lanier is home to the Lady of the Lake, but locals and tourists alike report seeing more spirits haunting these shores. (Photo courtesy of Wikimedia Commons)

Lake Lanier’s history is as murky as its deep waters. Perhaps it’s no surprise that the lake has always been controversial. But some believe it’s also haunted.

In 1958, Susie Roberts and Delia May Parker Young drowned in the lake. While crossing the Lake Lanier bridge, Susie, wearing a blue dress, lost control of her car.

Since the crash, people have reported seeing a lost woman in a blue dress who is missing her hands. Thirty-one years after the women’s deaths, Susie’s car was found.

A body was found a year later, wearing a blue dress and missing both hands.