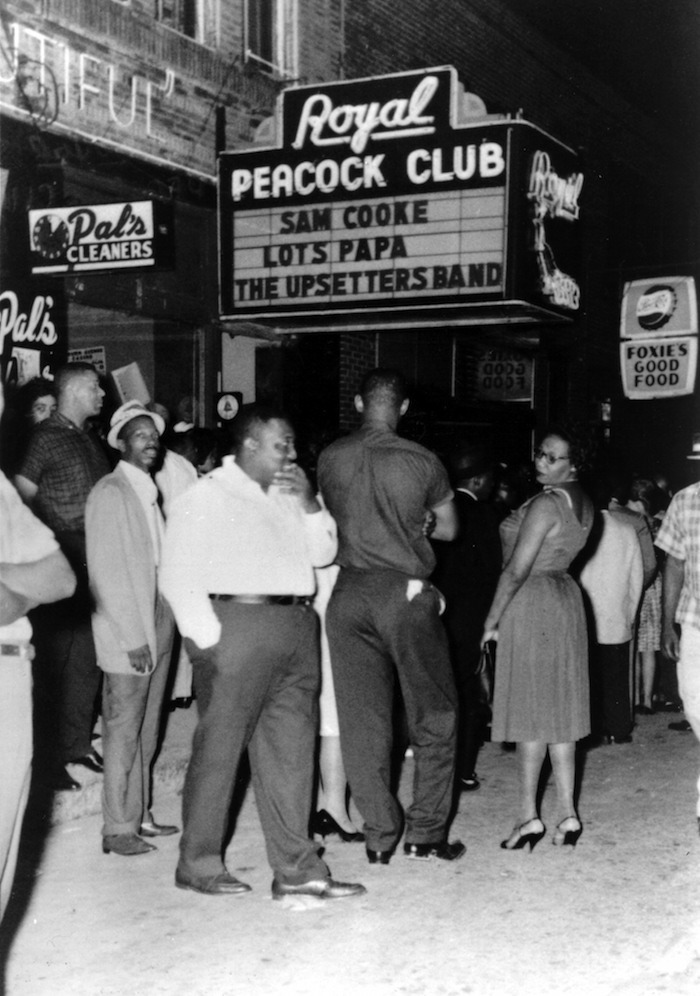 The Royal Peacock was owned by Carrie Cunningham, a former peacock-obsessed circus performer, who decorated the club in Egyptian decor and peacock feathers. (Photo courtesy of georgiamusic.org)

Originally opened in the 1930s as The Top Hat, The Royal Peacock was one of the most popular African-American-owned blues and R&B nightclubs in Atlanta for decades. Guests arrived dressed in tuxedos and fancy gowns to hear the most famous artists of that time, such as Aretha Franklin, Marvin Gaye, Ray Charles and Nat King Cole.

Today, The Royal Peacock features a mix of genres, including reggae, dancehall and hip hop.