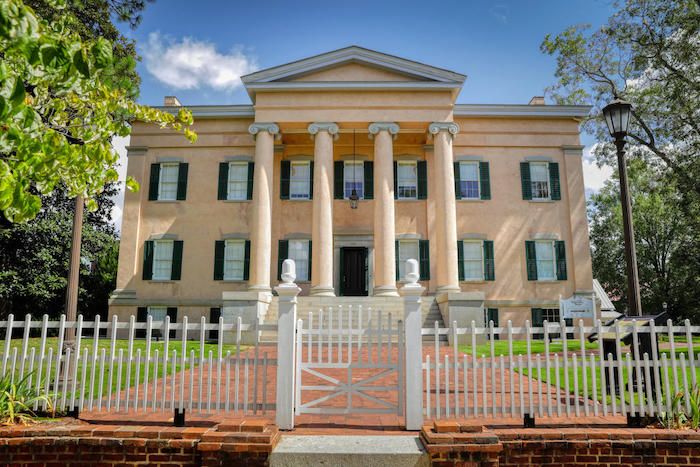 The Old Governor's Mansion is open for tours Tuesdays through Sundays.

Ten governors of Georgia called this 19th-century mansion home when it served as the Governor’s Mansion from its completion in 1839 to just after the Civil War in 1868. The home is considered one of the finest examples of High Greek Revival architecture in the country.

The mansion, abandoned when the capital moved to Atlanta, later became the founding building for Georgia Normal & Industrial College, now known as Georgia College. It was designated as a National Historic Landmark in 1973 and underwent an extensive restoration starting in 2001.

The Old Governor’s Mansion is an accredited museum and affiliate of the Smithsonian Institution.

The Fox Theatre celebrates the season with unforgettable lineup